Additionally, React Native development can be coded in JavaScript but its user interface is completely native for both Android and iOS app development.

1. Atom
Atom was first developed in 2014 by GitHub. The tool is free to use and the open-source text editor platform is known for its simplicity.

Atom supports different platforms such as OS X, Windows and LINUX operating systems. It's a programming language written in Electron. It is very popular in React Native development community for offering below services:

A Nuclide is one of the best free open-source react native dev tool packages introduced by Facebook in 2015 for Atom text editor. Nuclide tool is especially used to create mobile apps for android and iOS platforms with react native development technology.

The tool gives a feature to edit react-native elements, auto-completion and directly jump to its definition components. Nuclide provides inbuilt support for flow to its development community.

By using a bit.dev platform you can organize and host your UI components. Bit.dev provides independent components from any host and local project entries to storage of bit.dev library location. There all components can be arranged, installed/imported, documented, customized and rendered.

Expo is a toolchain built React Native dev tool which can be used to generate and create Android and iOS applications using different JavaScript and React Native languages.

Expo tool is also having open-source platform technology and free to use, developed by Expo. Expo CLI includes unique services as follows:

Xcode is an apple development tool used in Mac OS and iOS platforms. Xcode is strongly recommended for React Native iOS app development. Xcode tool helps in debugging and for the installation of iOS apps. It also enables custom configurations.

Flow react native dev tool is known for its editing and typing features. The tool has a faster, reliable and smarter coding environment and is highly recommended by React Native developers. React native tool Flow available for free and developed by Facebook. Flow offers the following offerings:

ESLint is compatible with JavaScript and JSX programming languages. ESLint tool can deduct the errors in coding and open predefined source codes. Development with ESLint supports Windows, Linux, and Mac OS. It has the following services:

Redux is recommended by react native developers in the compilation of React mobile app development.  Along with React Native time-traveling debugger, it has a feature of live code editing. It is free to use in the JavaScript programming language. Redux services are as follows:

Ignite CLI is developed by Infinite Red for React Native. CLI has broad uses in the generation of results on screens, compilation, containers, and reducers. It works on both iOS and android boilerplate. This React Native tool has the following services:

Reactotron is developed by infinity red and type of desktop application. It is fully free to use and open source to work with Windows, Mac, and Linux platforms. It has the following features that's why React Native developers prefer the Reactotron tool over others.

React Native developers prefer the React Navigation tool because it has a feature to allow navigating and routing in their respective React Native mobile applications by using default navigators like a drawer, tab, and stack. Its programming is written in JavaScript and services included as follows:

NativeBase is also a free React Native development and open-source tool developed by Geeky Aunts. The tool can be used with React Native components in iOS and android application development. It has the following features:

InVision, open-source React Native dev technology, available for free. This tool has a digital designing platform that can help to create a better user experience. It has the following services: 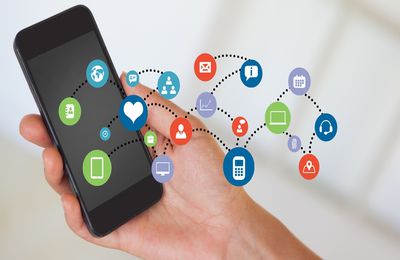 How to Create a Billion-Dollar App: 2021 Guide 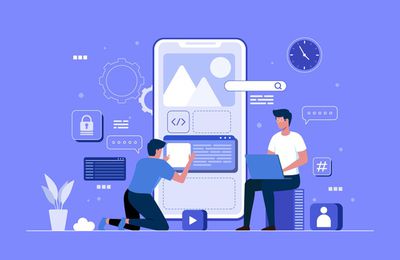 Why AngularJs is a Preferable Framework for Web App Development
Top 10 Trends of Mobile App Development in 2018
UX Design: Is it Science or an Art? Let the Battle Begin
Retour à l'accueil
Commenter cet article